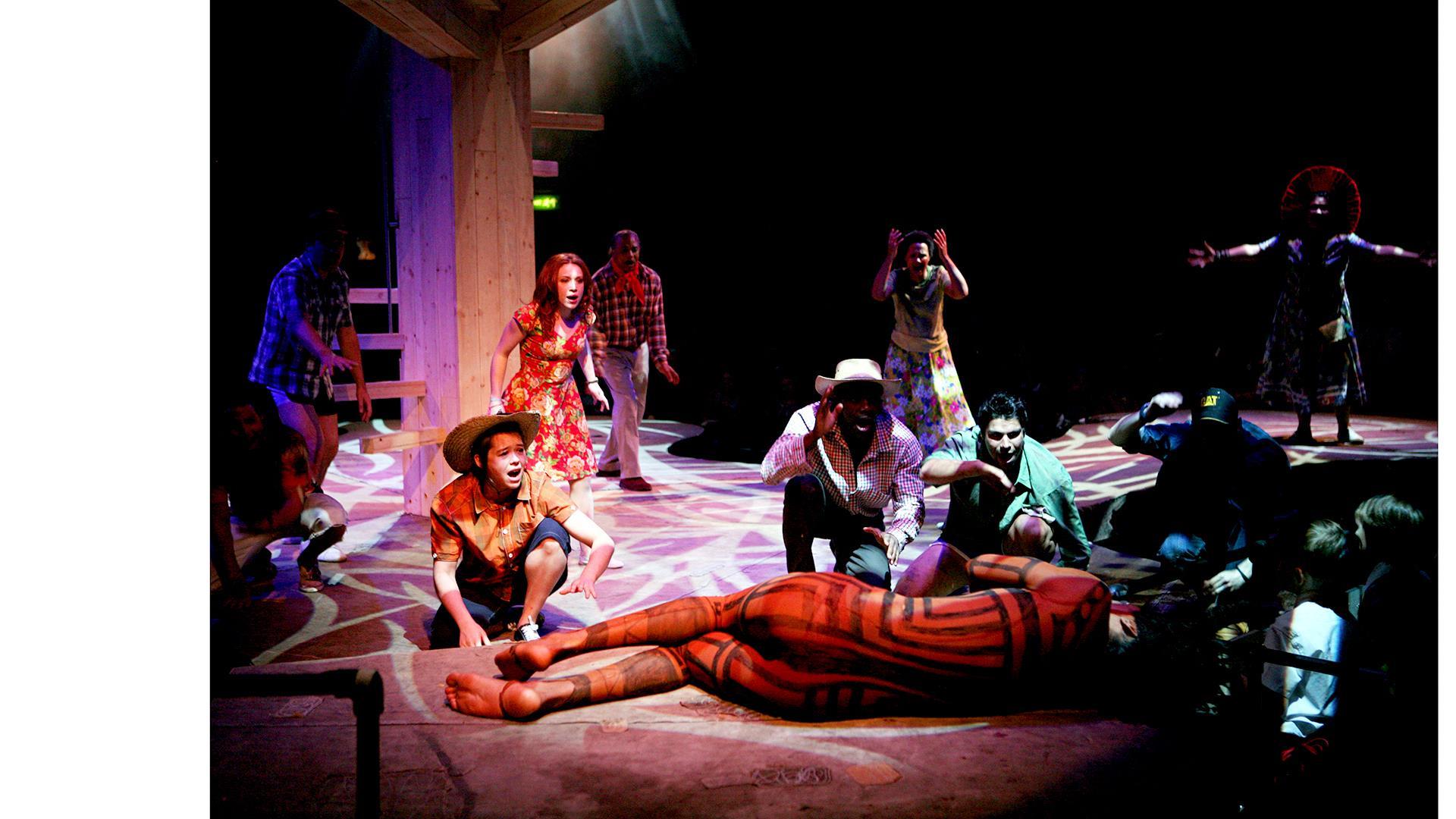 Amazonia involved two years' collaboration between People's Palace Projects, the Young Vic and the League of Quadrilha in Acre, Brazil.

Twin boys take refuge in a tree in the rainforest. A spirit casts a spell over all who pass beneath its branches. Years later, a troupe of dancers rehearse in the forest. Confusion erupts as friends and enemies change bodies, transformed by the enchanted tree. The world looks different through another pair of eyes.

'Here was our challenge: could we make theatre that would celebrate the beauty and fun of Quadrilha while at the same time honouring the spirit of Chico Mendes and his defence of the people of the rainforest?

We travelled to Acre in the Brazilian state of Rio Branco, birthplace of Chico Mendes and a stronghold of environmental awareness. This community lives on the edge of the forest and has been at the centre of climate change politics for years. Tentatively, we set the League of Quadrilha dancers the challenge of incorporating ideas about Chico and climate change into their Quadrilhas. To our delight, they produced wonderful results: stories of floods, pollution and rubber-tapper weddings emerged.

Six months later and we were back in Rio Branco, this time to participate in the annual Festa competition, the culmination of the League's work for the whole year. For the next four nights we watched as one group after another amazed us with the energy and skill of their dances and brightly coloured, decorated costumes.

Back in London, it was time for our summer community theatre project with local residents from Lambeth and Southwark. We invited three Brazilian theatre artists to direct, design and act in Festa!. A non-professional company of nearly 100 people ranging in age from 14 to 80 spent 3 weeks learning Brazilian performing skills leading to two performances in mid-August. Our extraordinary year concludes with Amazonia.' 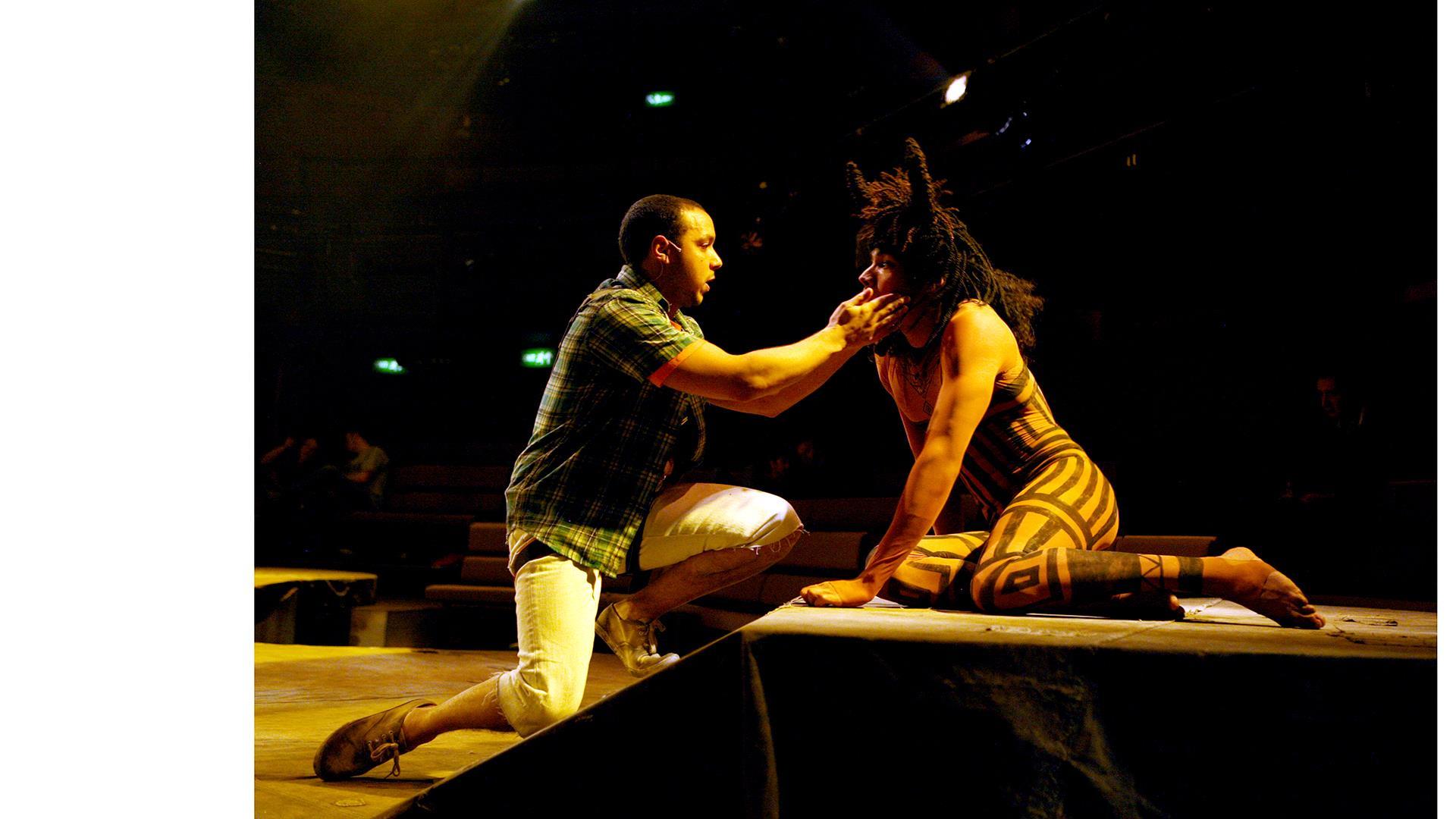 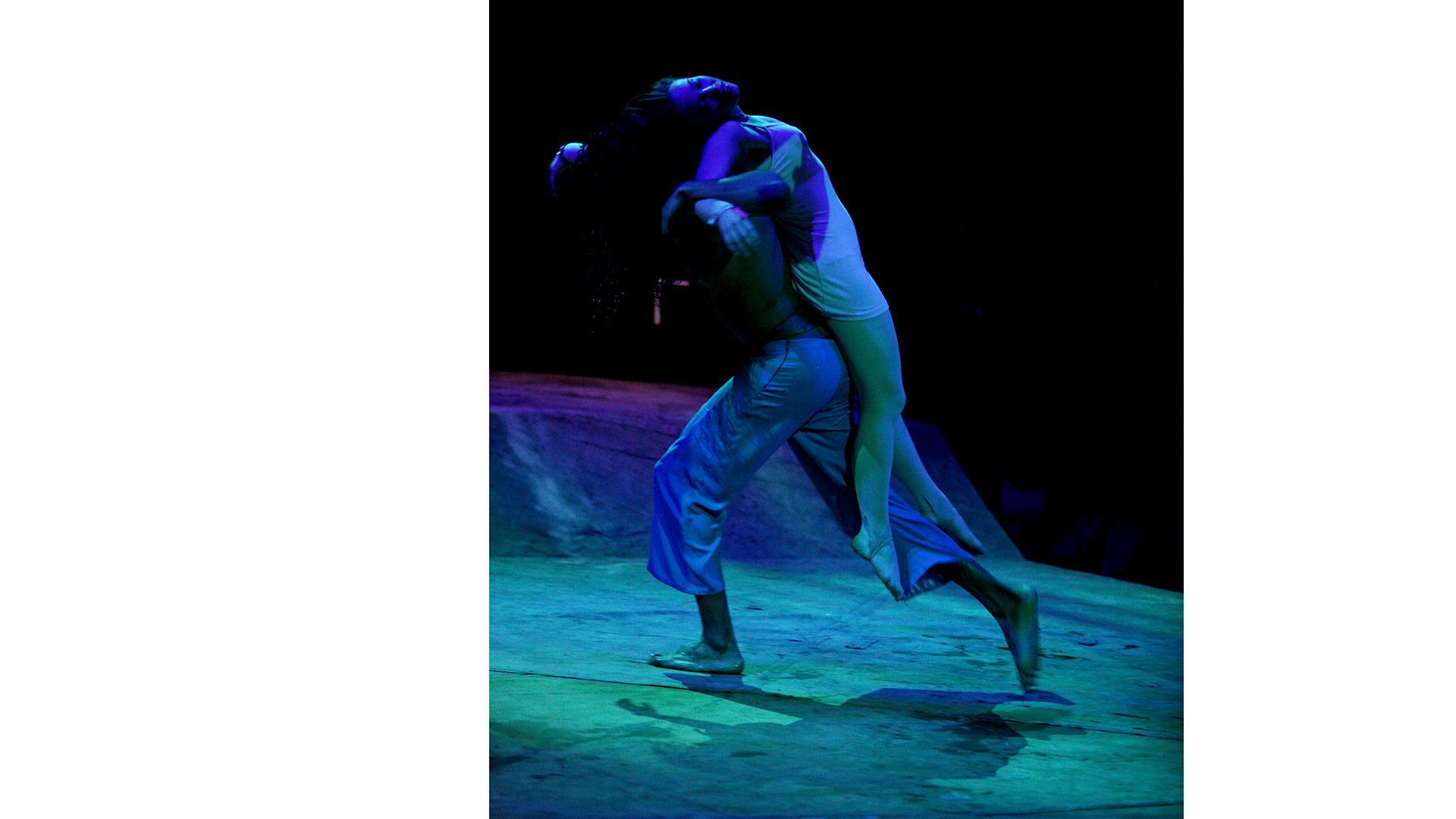 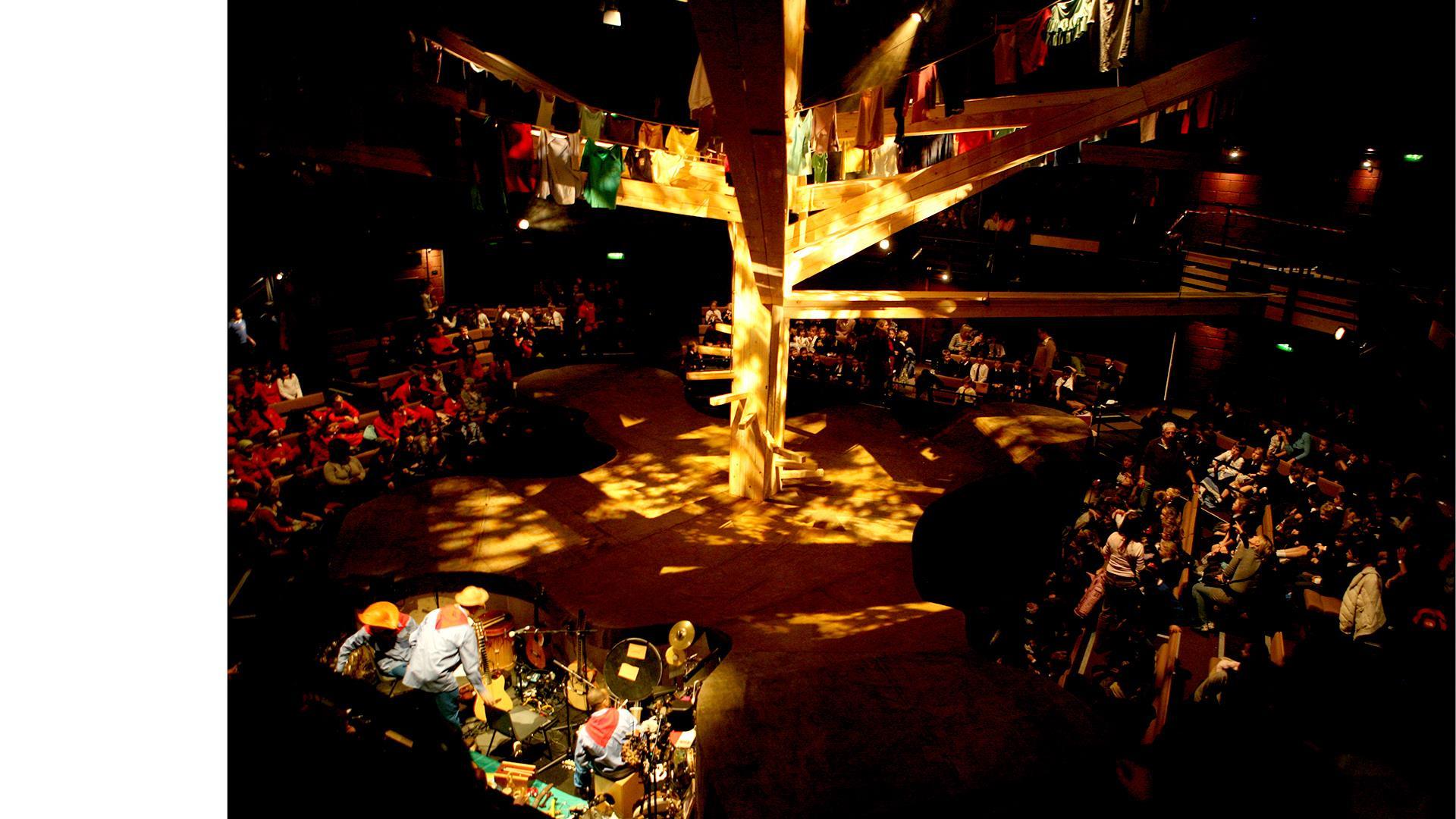 Amazonia was created and supported by the Young Vic London, People's Palace Projects, League of Quadrilha in Acre, Brazil.