One man’s scientific exploration of his flesh and blood featuring the artworks of Gilbert & George. 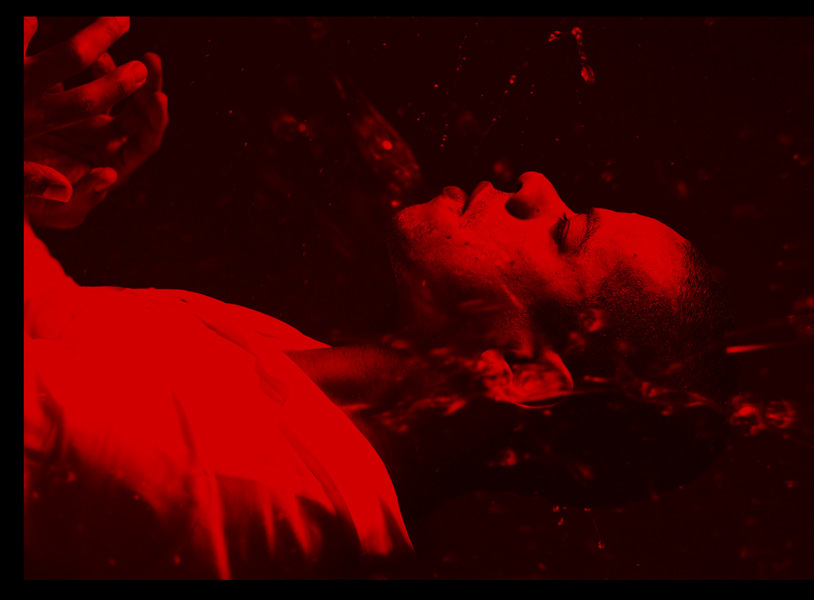 A solo piece in name only Blood has been created with an exceptional team of multi-disciplinary collaborating artists. Using Gilbert & George's images collaborating software artists Mirko Arcese and Luca Biada's cutting-edge motion-capture technology and animation incorporates their colourful and intricate images to create a suite of settings that respond to Abreu's movements and speech.

Gestures are magnified in a chain reaction that make the whole stage both an extension of Abreu and a 'body within a body'. Dressed by fashion designer Richard Nicoll, his white suit has been specially created to transform Jean's body into a man-sized projection screen.

The thoughts and stories of Blood are woven amidst the lush and quietly powerful score by Paul Wolinski (from math rock band 65daysofstatic), whose compositions at times respond to Jean's movement allowing him to reassemble the score live, heightening the audience's experience of the body in motion.

In a captivating multi-sensory experience that goes beyond dance, Blood is a celebration of the strange beauty of life, and one man’s scientific exploration of his flesh and blood that leads him in search of the composition of his soul. 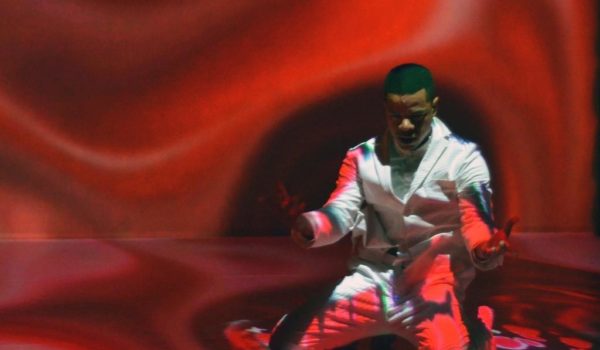 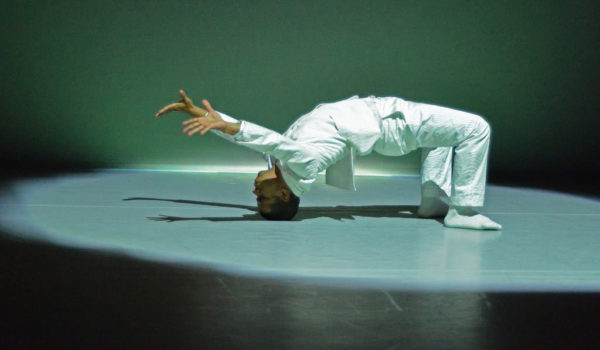 "Giant cellular patterns of crimson red and sallow yellow eddy and wash around Abreu as he dances. They look wonderful."

"When he isn't hugging the stage in graceful rolls and protracted handstands, the choreography engages him in punchy rhythms and circular motions" 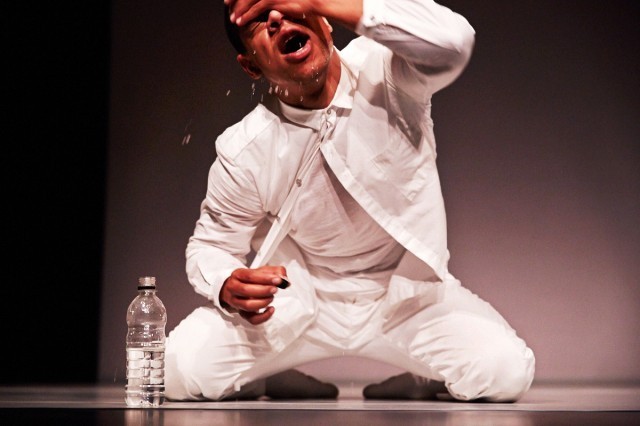 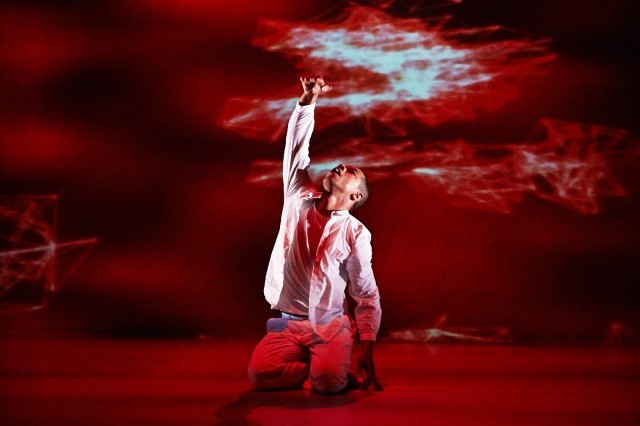 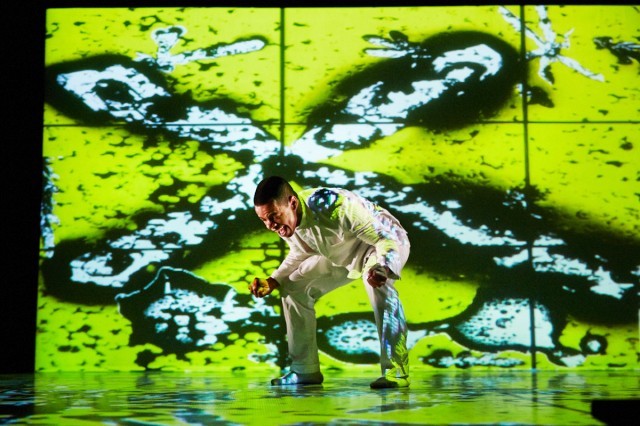 Blood was co-commissioned by the Royal Opera House and supported by the PRS for Music Foundation Grant, Gilbert and George, White Cube Gallery. 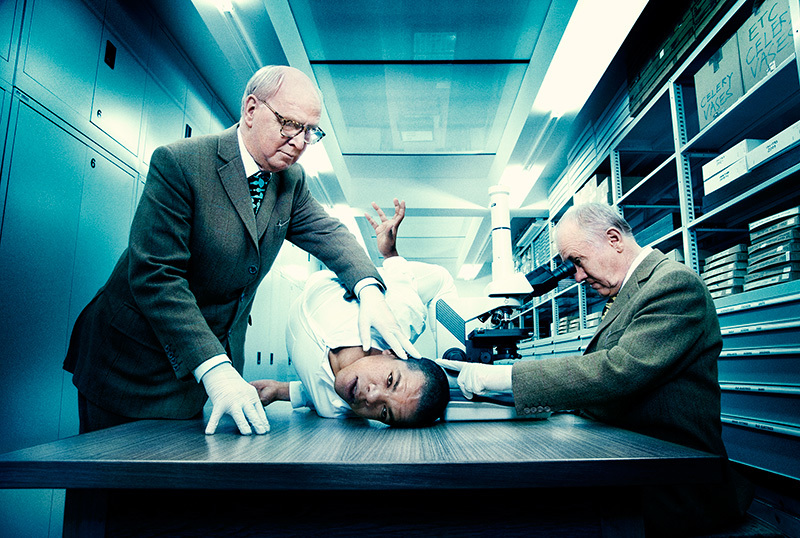 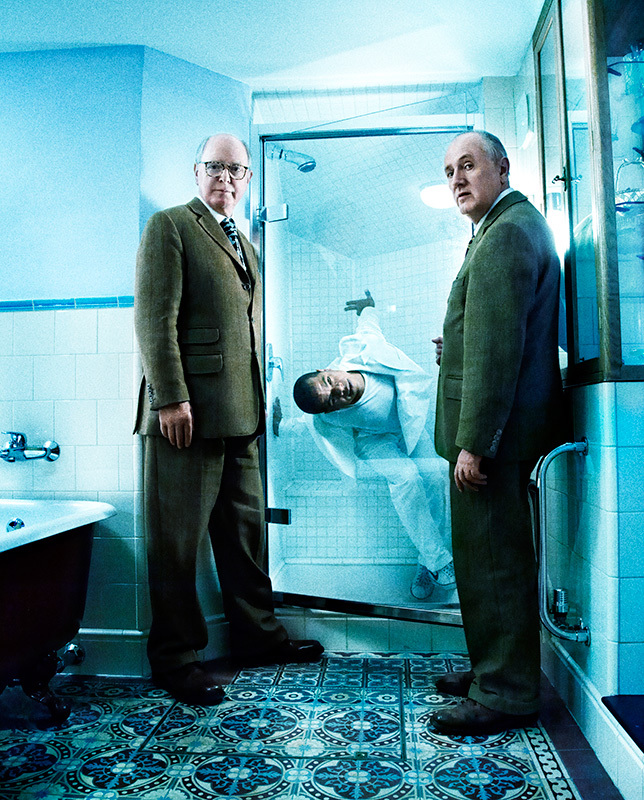 Gilbert & George began creating art together in 1967 when they met at St Martins School of Art, and from the beginning, in their films and ‘LIVING SCULPTURE’ they appeared as figures in their own art. The artists believe that everything is potential subject matter for their art, and they have always addressed social issues, taboos and artistic conventions. Implicit in their art is the idea that an artist’s sacrifice and personal investment is a necessary condition of art. They have depicted themselves as naked figures in their own pictures, recasting the male nude as something vulnerable and fragile rather than as a potent figure of strength. The backdrop and inspiration for much of their art is the East End of London where Gilbert & George have lived and created art for nearly 50 years. From street signs to Ginkgo trees, from chewing gum stains on the pavements to vistas of urban grandeur and decay, their work is both an ongoing portrait of a city and a reflection on the human condition. Gilbert & George have confronted many of the fundamental issues of existence: sex, religion, corruption, violence, hope, fear, racial tension, patriotism, addiction and death.

‘Our subject matter is the world. It is pain. Pain. Just to hear the world turning is pain, isn’t it? Totally, every day, every second. Our inspiration is all those people alive today on the planet, the desert, the jungle, the cities. We are interested in the human person, the complexity of life.’
Gilbert & George